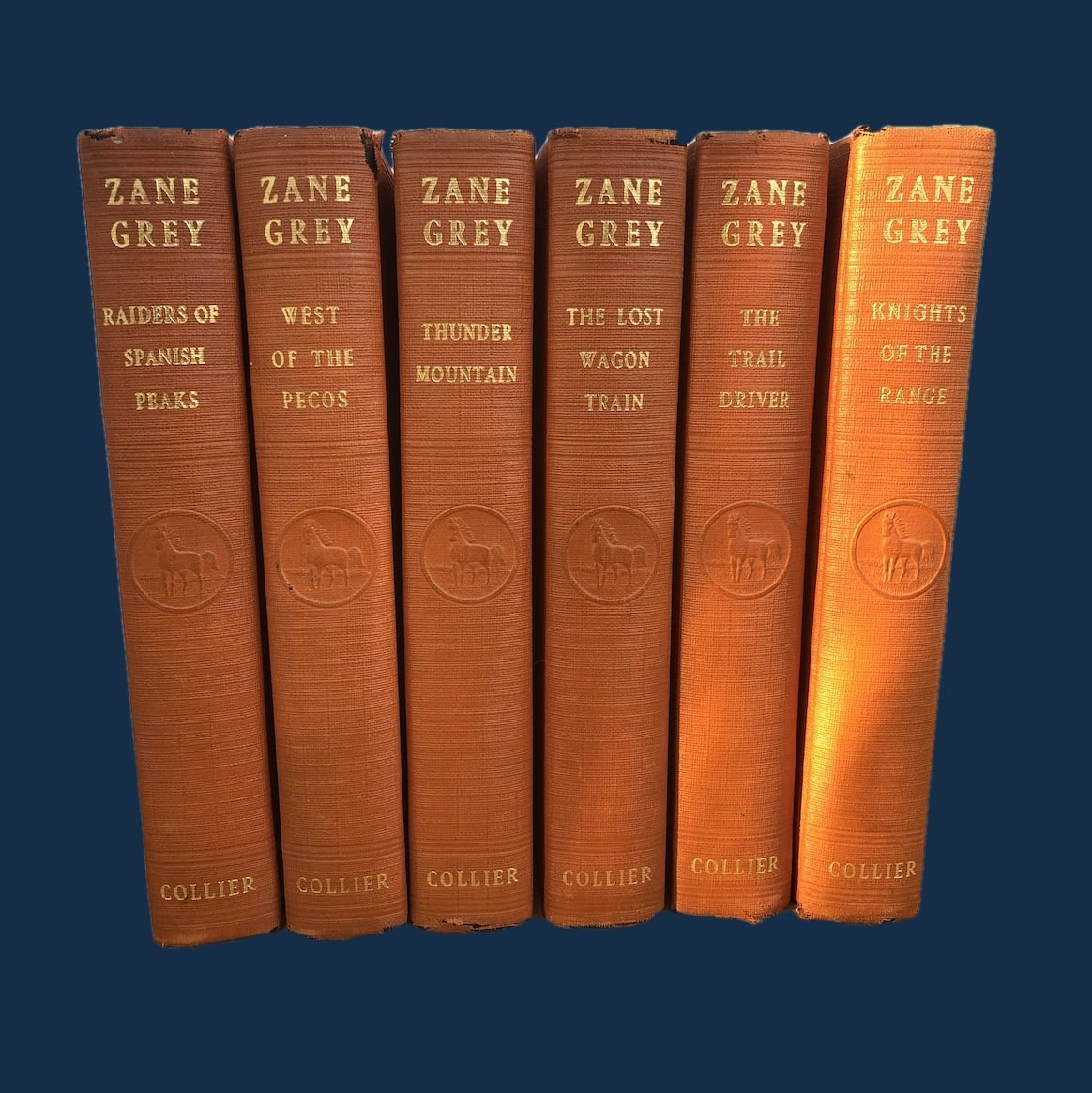 Zane Grey (born Pearl Zane Grey) wrote best selling American Western adventure novels. He initially followed in the footsteps of his dentist father, who did not support his son's writing ambitions, responding to his teenage son's first book by destroying it and beating the boy. Zane wasn't really deterred, and set up his first dental practice in New York City in order to be closer to publishers. Despite this, he had to self publish his first book, Betty Zane, with the help of his wife, whose business sense was instrumental in his success, as was her considerable inheritance. It was a hit, and from 1908 on Grey had at least 2 books a year published.

This set of five titles put out by Collier in the 1930's includes:

The bright orange covers make these a great decorative choice in addition to their literary value.