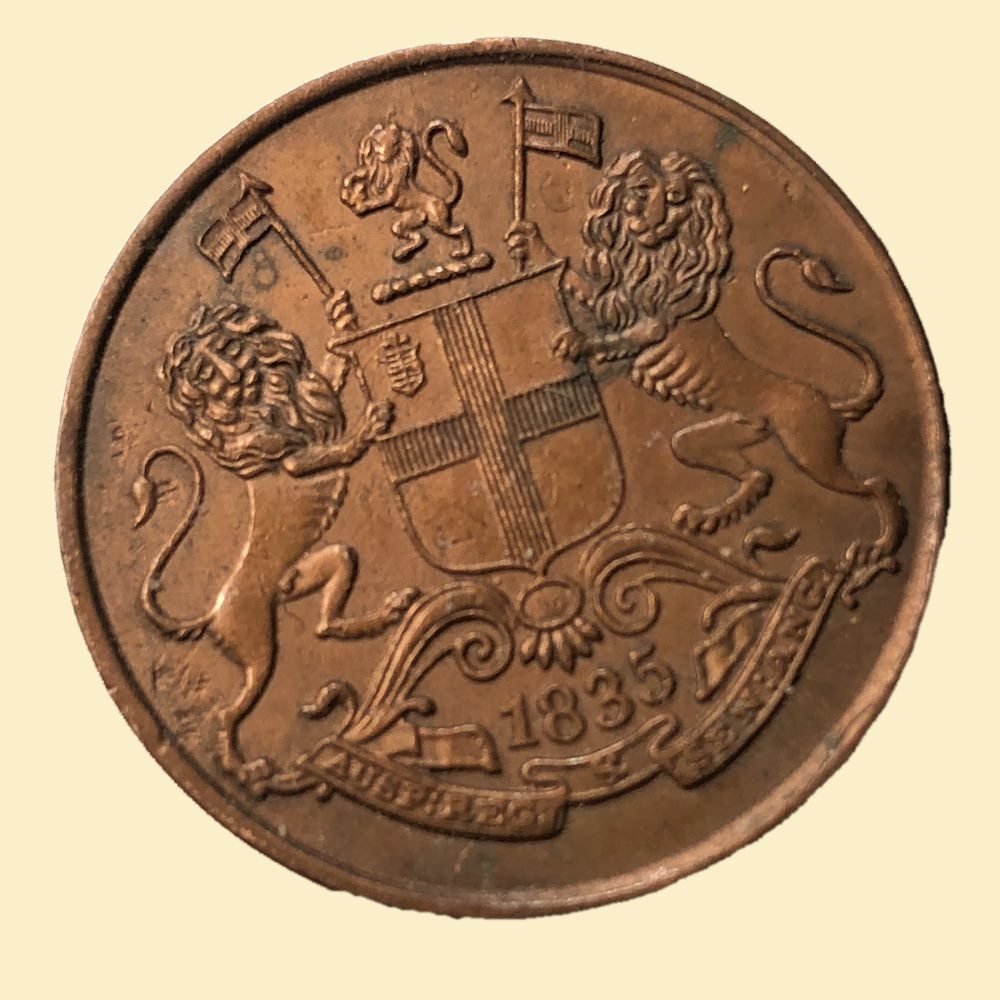 The British East India Company issued its own currency for the purpose of trading, establishing a mint in the late 1600's. At first, there was competition from other mints, but in 1835 they absorbed all their competitors and become the sole issuer of currency in India. This coin is from the first year of that control, which lasted until 1858.

Though I'm not a numismatist, it appears to me that this coin is in very good condition. You should check it yourself, however; the photos are pretty clear and you can use the zoom feature to see more.

Save this product for later
This site uses cookies: Find out more.