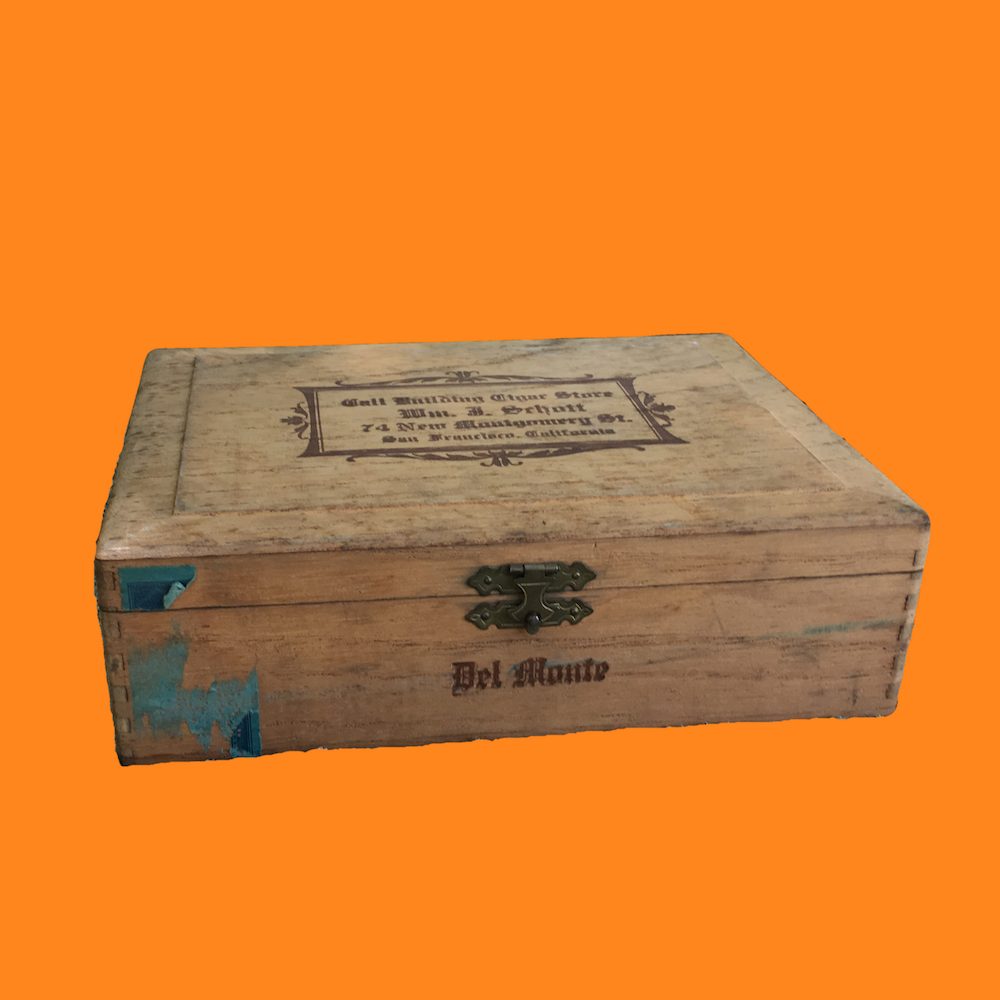 As a box, this dovetailed beauty is terrific. As a piece of history, it's even better. It was made at the A. Senennbrenner Sons factory for the cigar store at the Call Building, San Francisco's tallest skyscraper at the turn of the 20th century.

A stamp inside the lid says "NRA - We do our part." No, it's not the National Rifle Association. It's a short-lived "new deal" program called the National Recovery Administration, which established codes of conduct from 1933 until it was struck down as unconstitutional in 1935. This sets the box's manufacture in the "end times" for the Call Building: the massive renovation that would turn it into today's Central Tower started in 1937.

Whether you're into boxes, tobacciana, or history, this one is a real find.