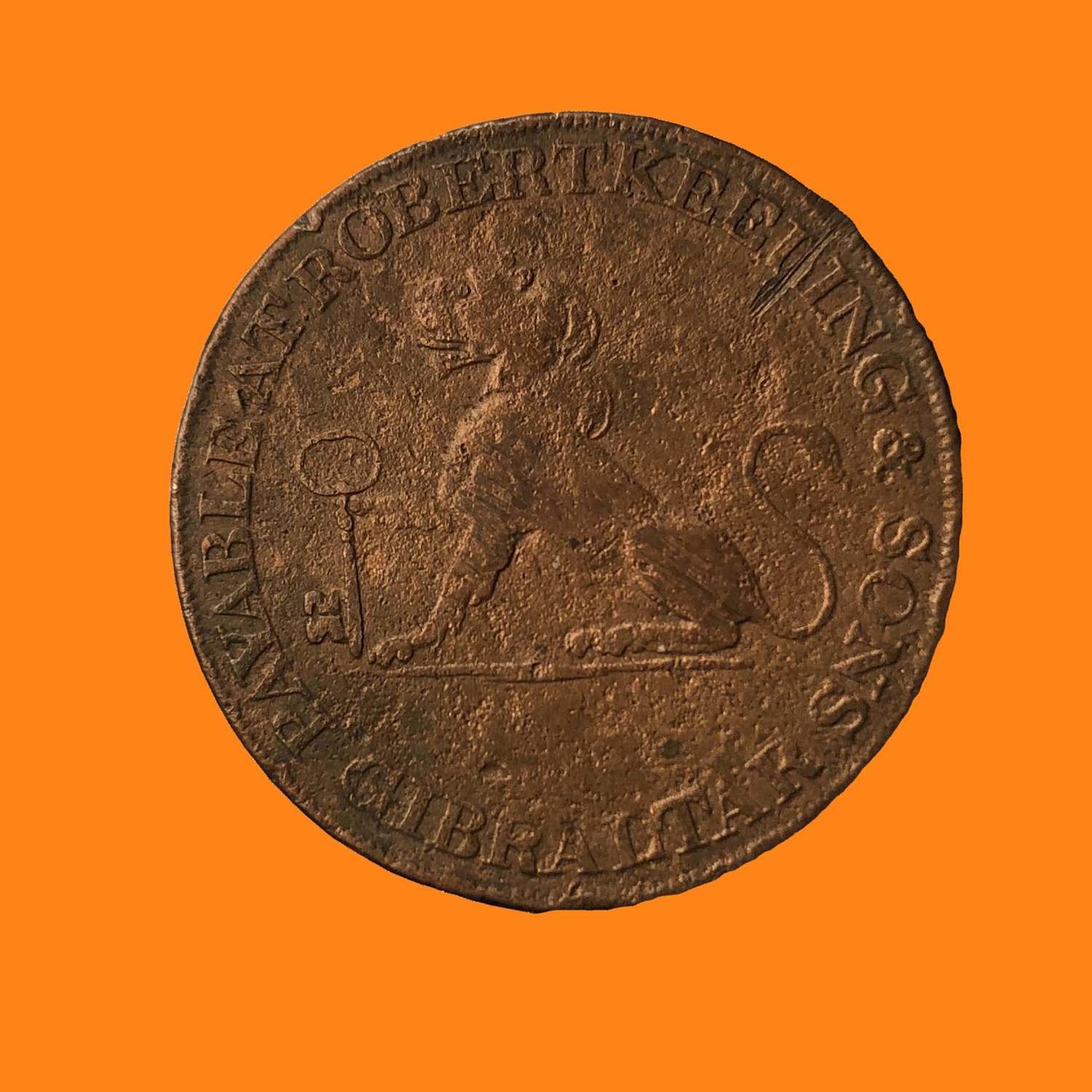 This copper token is trader's currency issued by Robert Keeling & Sons in Gibraltar in 1810. Keeling was one of three merchants who issued currency, the value of which was about double that of Spanish currency. Later, the currency was revised and pegged to the British pound.

Please check condition visually from the photos; I'm no expert on coins but this one looks to be in good condition to me!