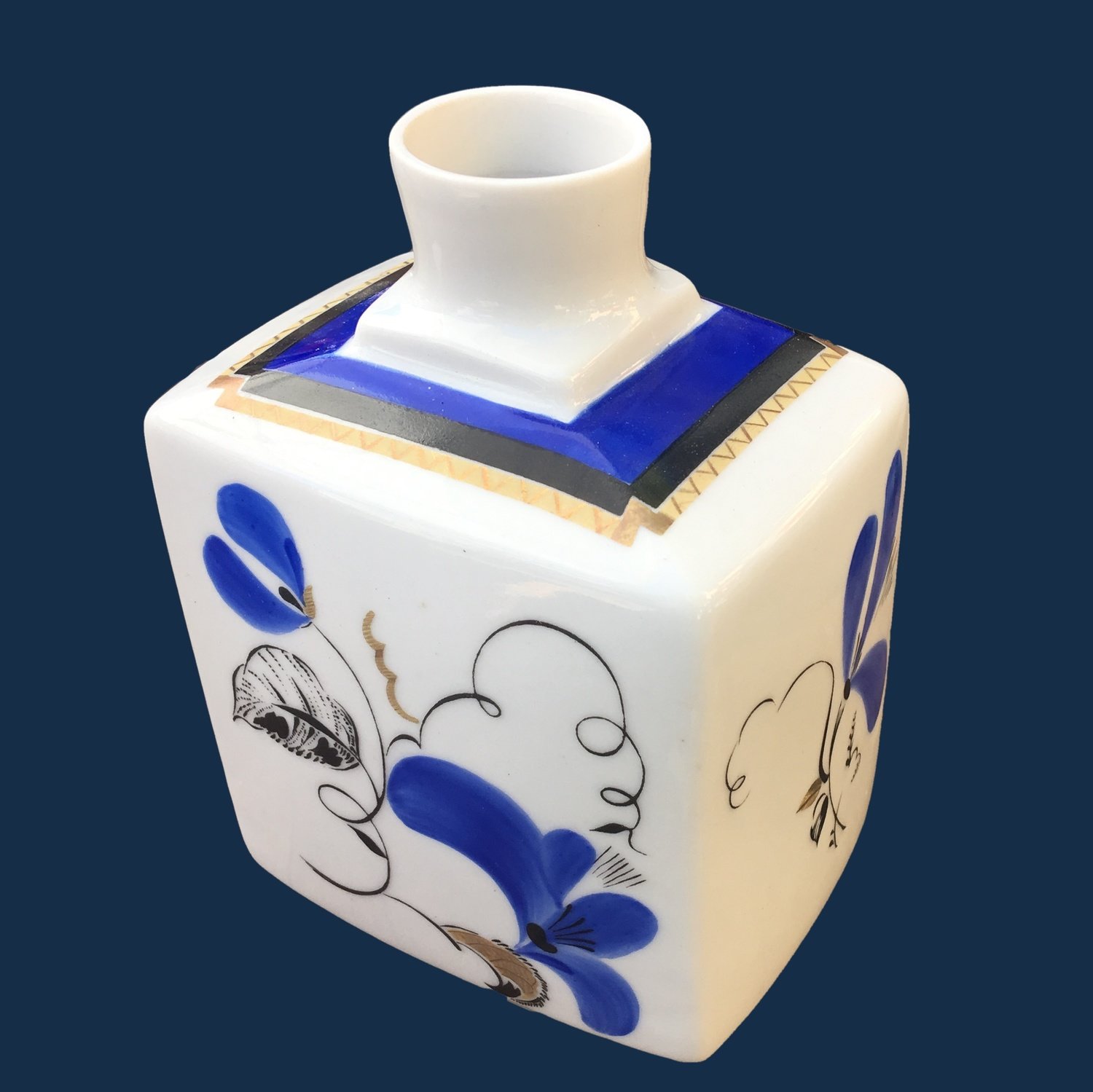 Bright cobalt blue and gold against a white porcelain background highlight this unusual vase from the Lomonosov Factory, also known as both the Imperial Porcelain Factory and, after the revolution, the Stage Porcelain Factory. In 1925, the factory was re-christened with the name of its founder, Mikhail Lomonosov. A polymath with many claims to fame including the discovery of the law of conservation of mass in chemical reactions and the atmosphere of venus, he was also a poet and considerable contributor to Russian literature.